Do I need to learn how to say no?

I may have a problem that requires an intervention.

I seem to have a problem with saying: "No."

Now, this is not an entirely uncommon problem.  Other women, mothers in particular, frequently seem to share this challenge with me.

And while I see it as a problem, I also see it as a gift.  I'm fond of quoting Lily Tomlin:


"I always wondered why somebody doesn't do something about that.  Then I realized I was somebody."

I really believe that.  Don't complain; don't wish it away.  Do something.

That's how I ended up as a den leader, which is not something that I had ever dreamed or hoped for.  But Dylan was not getting enough out of cub scouts and he really really wanted to.  I didn't see any point in complaining about it.  If you want something done, do it.  So I did.

It's also why I am on the Pastor Nominating Committee at my church.  We are a small church (about 40 regular members) and it just isn't the kind of place (IMO) that you can sit back and just wait for things to be done.  Everyone needs to play a part.  Or should.

My latest venture is participating in a craft fair.  Again, it's not something I have specifically pined to do.  And even though it's for a good cause (a child development program), I'm not really doing it for altruistic reasons.  I'm hoping to make some money.  But I'm also scared that I'll end up losing money.

I've written before about my wannabe Rock Star husband.  A year ago, he had a full-time job with a reasonably good salary.  Together with my salary, we could take care of the necessities of life and have a few extras.  We could afford a vacation at the beach in the summertime.  I could buy a nice dress without worrying about it.  And we could let Dylan participate in things that interested him, like swimming.

That all changed when Randy lost his job.  It's a long and complicated story, not all of it his fault.  But his subsequent job search was not...all that I would have hoped for.  He did finally get a job this past November.  But it's part time and his recent raise just put him up above minimum wage. (Don't ask.)  So we are not back where we were.  In fact, before the raise, he was making less than he made on unemployment benefits.  I'm not yet sure how the raise will compare.

I've spent a lot of the past year frustrated to death with him.  But recently, I determined that if I couldn't get him to pursue something more lucrative, then I would have to be Somebody.  I can't wait for Somebody to do something about it.  I will have to do it.

As a result, in the past week I've answered an ad for a writer to write about a writing contest (no reply), I participated in two research studies that netted me $10.00 cash and a $25.00 Wal-mart gift card, and I agreed to participate in the craft fair.

The research studies are no brainers.  Easy money with little effort.  The craft fair, however, will require me to put out a good bit of money in the hope of making it back and then some.  What I'm hoping to sell are pre-made custom scrapbooks.

I've been scrapbooking for several years - since Dylan was a baby.  I enjoy it, although I never seem to have nearly enough time to do it.  Yet, here I am now making scrapbooks for other people.  At least, I hope it's for other people.  If people don't buy them, I guess they will become gifts that I give someday.

Here's an example of the one I made last night in about five hours: 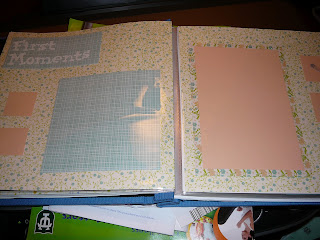 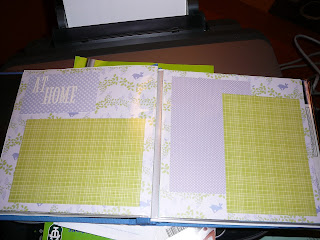 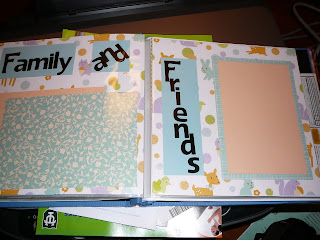 The craft fair will be on Saturday, March 19th.  I don't want to make more than will sell, but I want enough so that it doesn't look skimpy.  Very fortunately, I am sharing the booth, so it won't all be on me.  The other mom - who probably is doing it for altruistic reasons - will be selling tie-dyed diapers, barrettes, and jewelry. Still, it's going to be tough to get it all done.  We are heading into Carnival and all of the parades and merriment that entails.  Plus we are going out of town for a wedding for one long weekend and I have a work conference to attend just a few days after we get back.

Should I learn to say no?  I don't know.  While I desperately crave more personal time, I also roll my eyes at those who choose not to be Somebody.  And besides, if I'm successful we need the money!
Posted by HynesMom at 9:33 PM